Garum is a fermented fish sauce used by ancient Greece, Rome and even Byzantium. Liquamen is similar to garum and they were sometimes considered the same thing. Garum is made from fish intestines and salt to create a “liqueur.” It in many cases was used to salt foods, because it would add moisture instead of drying. Garum came in different grades so that it could be sold to all of the social classes. Once the liquid was drained, the remains of the fish were used by the poorest classes to flavor their porridge, the poorest class’s main food source. It was a staple commodity, and worked its way into mosaics, like the featured image which was found in the atrium of the House of Umbricius Scaurus. The entire mosaic consisted of four jars of fish sauce that were used to proclaim the family’s source of wealth. This specific jar reads ‘Best fish sauce.’ (Latin ‘Liqua(minis) flos’, translates to ‘Flower of liquamen’. Liquamen was a variety of garum and both words are used synonymously.

My son recreated the above mosaic for a history project this year: 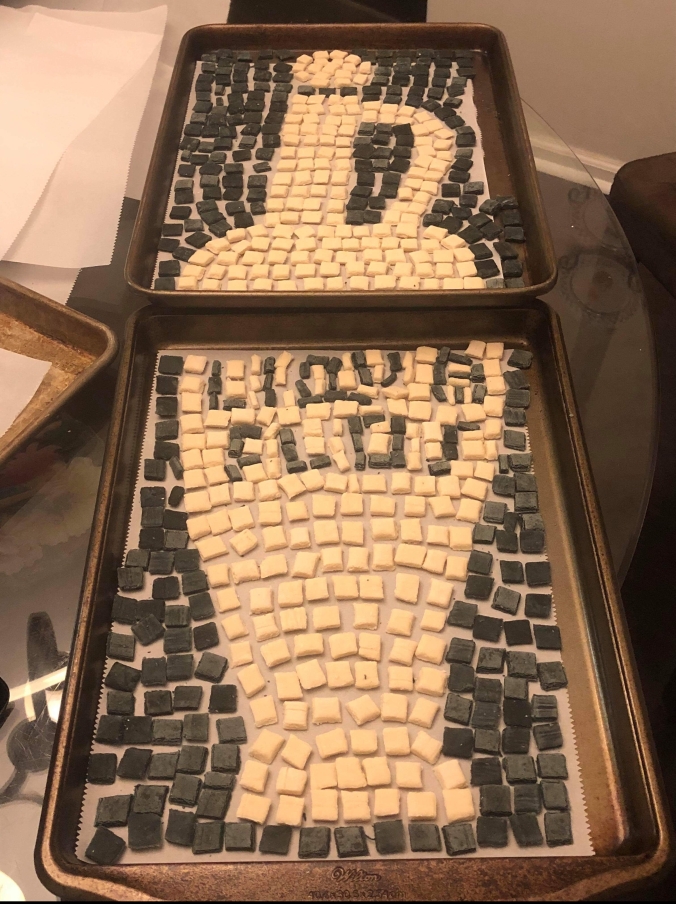 I mentioned mosaics in an earlier post. They were a prominent form of art in ancient Greek society made with small natural stones set in mortar. Over time, the natural stones were replaced with tiny tiles, called tessera. Tessera were made using stone, glass, ceramic, wood or bones. As time passed, mosaics became more decorative and intricate. Since both Greeks and Romans desired pretty things, it wasn’t long before they were adopted by the Romans and spread across the Empire. Mosaics could be found on walls, ceilings and floors and ranged from simple single colored designs to elaborate and colorful florals, or even short quotes. [1]